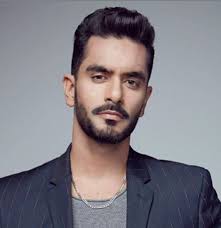 Angad Bedi was born on February 6, 1983 (age 36 years, as of 2019) in Delhi, India. He attended the Bishop Cotton School in Shimla, the St. Columbia School in Delhi and the Gyan Bharti Public School in Delhi. After completing his schooling, he attended St. Stephen’s College in Delhi to graduate. Having grown up as a cricket son, he was always enthusiastic about cricket. He even played for Delhi U16 and U19 teams; He also played for the Ranji trophy. When Angad was in his teens, he developed an interest in acting and at the age of 17 he left cricket to pursue an acting career.