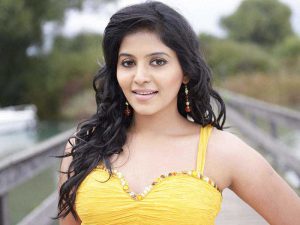 Anjali, 31, is a South Indian actress who is mainly seen in Tamil and teluguistic films. Although Anjali made her debut in Telugu, she gained widespread recognition through Tamil films. Anjali was born on June 16, 1986 in Razole, Andhra Pradesh. In Tamil she made her debut in the movie Kattradhu Thamizh (2007) next to Jeeva.