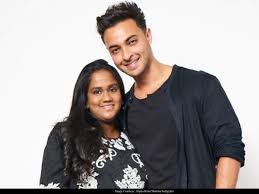 Arpita Khan is the youngest sister of Bollywood superstar Salman Khan. She was adopted by Salim Khan after seeing her cry on the street next to her mother, who died in an accident. Arpita was in the spotlight because of her famous family, attended parties, premieres and lived a life of luxury.