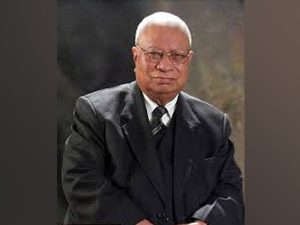 D. D. Lapang or Dr. Donwa Dethwelson Lapang is an Indian politician who is the chief minister of Meghalaya. In his political career, he was in office four times. He was born on April 10, 1934 in the village of Nongjri in Ri Bhoi, Meghalaya, India. He is 84 years old.