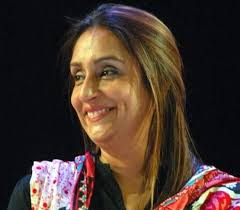 Deep Mandeep is an Indian film and television actress. She was born on October 9, 1978 in Hoshiarpur. She learned acting and received training in vocal music and folk dance. She has been active in the theater for about 20 years. She started her acting career with Gursharan Singh and Sahib Singh in Chandigarh. As an actress, she has appeared in many plays, including Lal Batti, Partapi, Ein Puppenhaus, Baba Bantu, Paedaan and many others. She has directed the play “Panj Ishq”, “Choti Sardarni”, “Khande Di Dhaar”. She is known for her work in films like “Arjan” and “Vaapsi”.