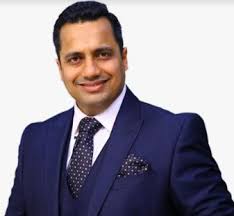 Vivek Bindra is a famous motivational speaker in Delhi. He was born on April 5, 1978. He began his journey in Delhi with his You Tube Chanel and gained popularity in the public in 2013.