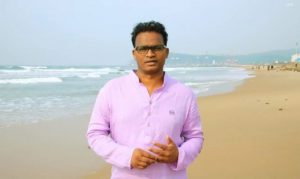 Nutan Naidu was born on May 5, 1975 in Visakhapatnam, India. He completed his school and college education in his hometown in Hyderabad, Telangana. He has a well-educated person who has a degree in M. Phil. He works as a social worker who also works as a motivational speaker and politician in Vijayawada.