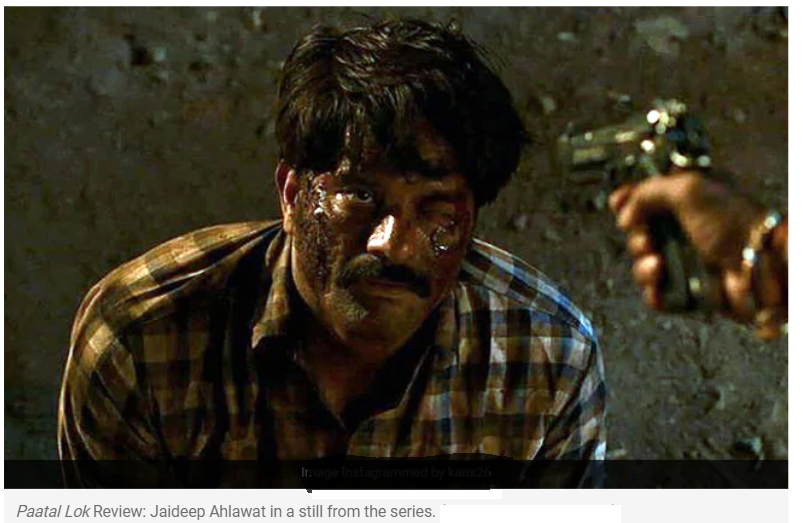 The key pieces are arranged in advance. You are familiar. The neo-noir crime drama – it is making its way into the sediment of an underworld – is populated by smug politicians, dodgy police officers, dead contract killers, a crafty prime-time news host who dodges conspiracies large and small, and two police officers from East Delhi a labyrinth. On top of that, Paatal Lok, Amazon Prime’s new show, is full of swearwords and you have a conventional underworld saga.

Wait. The Paatal Lok does not feel musty for nine moments. Its social and political context, fully integrated into the narrative rather than being used as a secular background, increases its relevance as a story. The haunting story gives a compelling portrait of a world that will settle.

It moves between Delhi’s rotten periphery to the city’s swollen centers of power and between the state capital’s sprawl in hinterland towns and villages to investigate the putrefaction that gnaws at the livelihood of a society. The mythical and the very real are juxtaposed to tell a story in which evil fights great evil with little chance of victory.

The residents of Paatal Lok, be they well-meaning individuals, crafty operators, unfortunate down-and-outs or the epitome of total evil, have past that they cannot live out. Your background stories are not tricked into explaining unacceptable behavior. They provide a social commentary on topics ranging from majority bigotry and caste repression to media manipulation and political corruption.

The first time you refer to the country’s state, you do so in the form of a declaration. In the first of nine episodes, a morally ambivalent news anchor, Sanjeev Mehra (Neeraj Kabi) says: “People like us used to be heroes. Something about this country has changed. Now we’re being trolled, killed, fired!” The next time, a few episodes later, the despair will take on a more menacing side. A colleague says to Sanjeev: “This country goes to the dogs. We are all disposable like Gauri Lankesh.”

The destruction of the media inside and out is just one side of the disturbing picture Paatal Lok paints, a picture in which everyone’s story could end badly. If you’re a Muslim, you could end up dead on a platform lynched by cow guards. If you are a Dalit boy in a village, you could be a seated duck for upper caste bullies. And if you’re a woman trapped in a man’s body, you’re doomed to end up under a lot of outrage.

In Paatal Lok, the police and the country’s central investigative authorities are also in the hands of the Putty Powers. No fewer than two police officers stationed at the Outer Jamuna Paar police station – Inspector Hathiram Chaudhary (Jaideep Ahlawat) and rookie cop Imran Ansari (Ishwak Singh).

The former not only has a lot to prove to himself and his wife Renu (Gul Panag), he also cannot rein in his rebellious school son Siddharth (Bodhisattva Sharma), a fish out of the water in an English middle school. For his part, Ansari receives free, condescending advice from colleagues and others due to his religious identity.

Two characters who have nothing in common socially or morally share an unlikely quality of love for stray animals in Paatal Lok. One is Dolly (Swastika Mukherjee), the emotionally vulnerable, fearful woman of Sanjeev Mehra; the other is Vishal “Hathoda” Tyagi (Abhishek Banerjee), a ruthless killer with 45 murders. They never meet, but their fondness for canines becomes a crucial link between one end of the spectrum and the other in a world that, as the policeman protagonist claims in the opening scene of Episode 1, is inhabited by insects. Nobody cares what happens to them.

Hathiram is a world-weary beat cop who has suffered in the midst of power forever. The man in uniform just goes through the movements when an unexpected opportunity presents itself to finally prove his worth to his superiors.

A conspiracy to kill Sanjeev Mehra is blown up by men from the Delhi Police Headquarters, led by DCP Bhagat (Vipin Sharma)