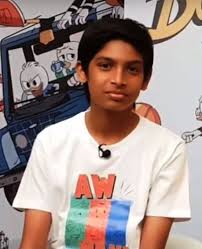 Shubh Mukherjee (born May 18, 2005 in India) is an Indian playback singer and the younger son of the famous singer Shaan. He was born in Mumbai, Maharashtra, India