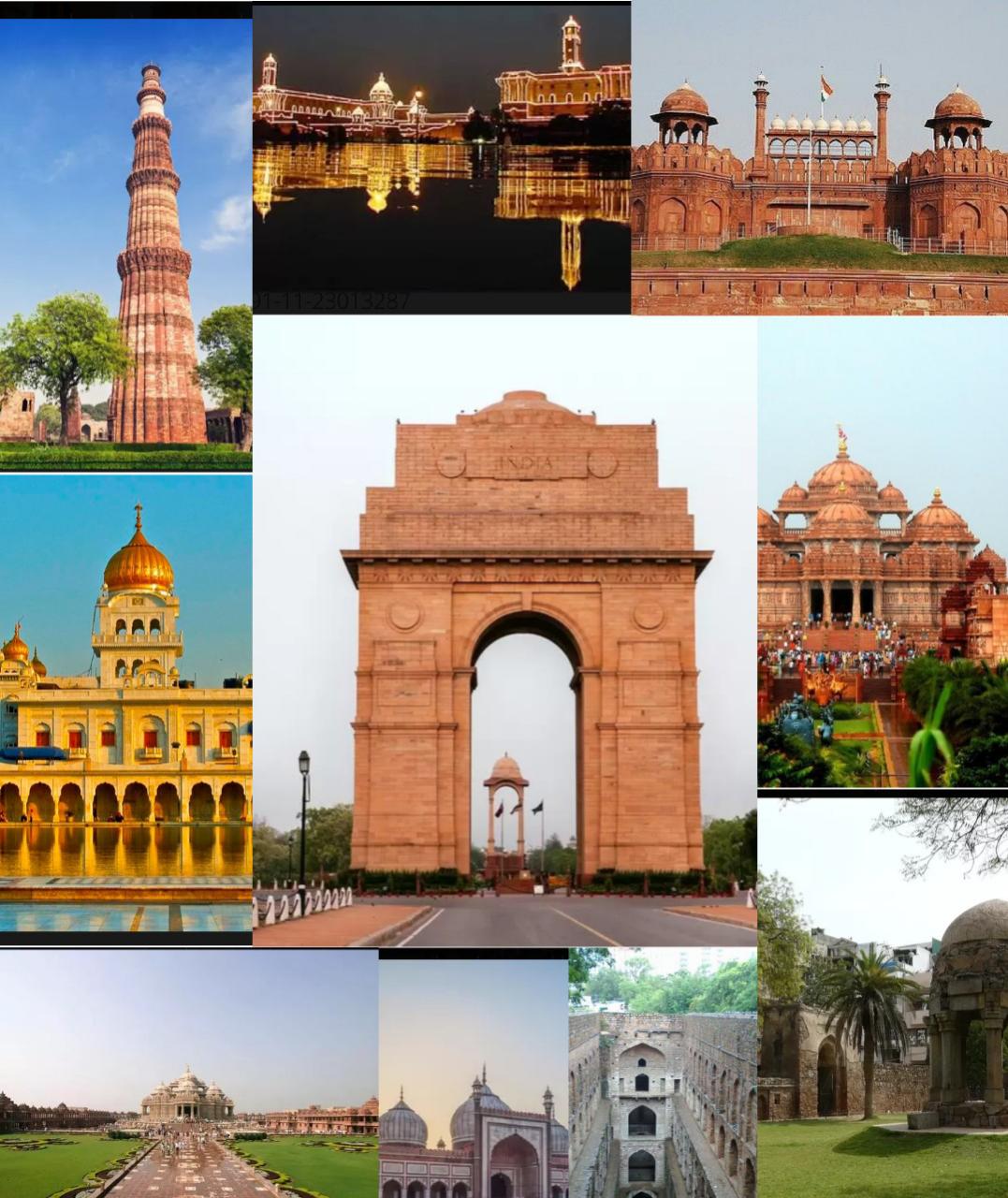 Delhi, Capital Of India and a metropolitan city in north India.Delhi’s population is 11million around, which is the second-highest population city in India. And nearby cities of Delhi called National Capital Region(NCR), which is Noida Gurgaon Faridabad, and Ghaziabad had 26Million population in 2016.Delhi Has first ranked in India by Foreign Visitors and 28th ranked the most visited city in the World.

Delhi has hosted Many national and International Sports events. Common Wealth 2010 game in New Delhi and its main stadium js  Jalwahaar Lal Stadium, Lodhi Road . In Delhi, So many Cricket and Football ground because of the popularity of the Sports.

Places to visit in Delhi

In 1921 ,Edwin Lutyens designed India Gate at the Center of New Delhi Stands 42metre high. His Royal highness decided to dedicate this to soldiers who lost their lives fighting for the British Army During the World War1.

During Night,India Gate looks Dramatically illuminate with floodlights and the Fountain nearby gives beautiful display with colored lights. Surrounding structures is Large Green park that is Picnic Sport For Delhi people.

India Gate is Near Rajpath, and Nearby Metro Station is Pragati Maidan. Entry is Free For every day. India gate never gets close. Photography Charges is Nil.

Lotus Temple Arch Like Lotus Flower Shape and Its Become Prominent Attraction of City. All religions from different background , sex or other distinctions can enter in this Beautiful temple. After 2001 it Becomes More Visited Building In the World.

Lotus Temple House of Worship Situated At Near Okhla NSIC and Reached there via Kalkaji Metro.

Akshardham Located in Pandavnagar New Delhi, Nearest Metro Station Is Akshardham. Entry Time Is 9:30 AM to 6:30 PM.Complex Entry is Free But for Exhibition and Musical fountain, compulsory to buy a Ticket.

The Red Fort is Built in 1638 by Mughal Emperors to show  Magnificent Power and Pomp. In Delhi, they mainly keep out the noise of the city. Every year On the 15th August (Independence Day of India) The Prime Minister Hoist The Indian Flag At the Main Gate Of The Fort.

Red Fort, located in Old Delhi and Nearest Metro Station is Chandni Chowk.Its is open from morning to evening with free entry.