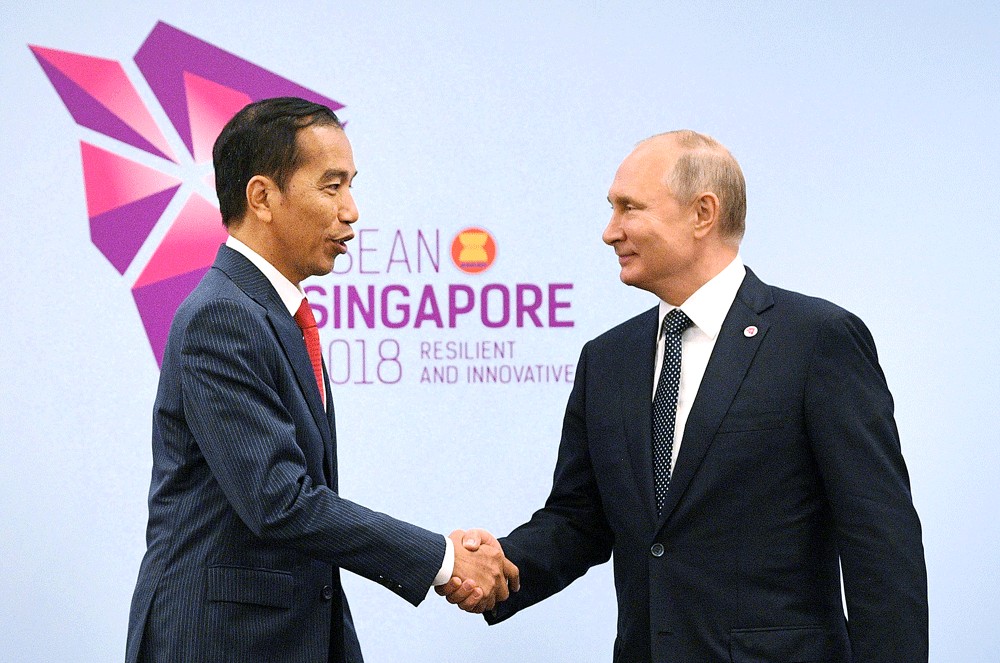 According to the statement, the call was initiated by Indonesia.”When discussing the coronavirus pandemic, the two presidents confirmed their intention to work closely together to fight the infection,” said the Kremlin.In particular, they agreed to intensify contacts between the health ministries of Russia and Indonesia.”

The Kremlin also said Putin and Jokowi raised current issues regarding the development of bilateral cooperation in other areas, although no specific details on the matter were mentioned in the statement.

Earlier this month, Moscow donated a drug package to Jakarta to help the Indonesian government fight the pandemic.

The Russian embassy said on its official Facebook page that the donation was the result of interactions between Moscow and the Indonesian Ministry of Health, the Ministry of Foreign Affairs and the Ministry of Interior, the Antara news agency reported.

According to Worldometers, Russia recorded 24,490 confirmed coronavirus cases with 198 deaths on Wednesday.

The number of cases is higher than the official Indonesian number of 5,136 cases, although the death toll is far below the 469 deaths in Indonesia.

The State Palace was not immediately available for comment when asked about Jokowi’s call to Putin on Wednesday. However, State Department spokesman Teuku Faizasyah confirmed that the call was mainly about cooperation during the pandemic.