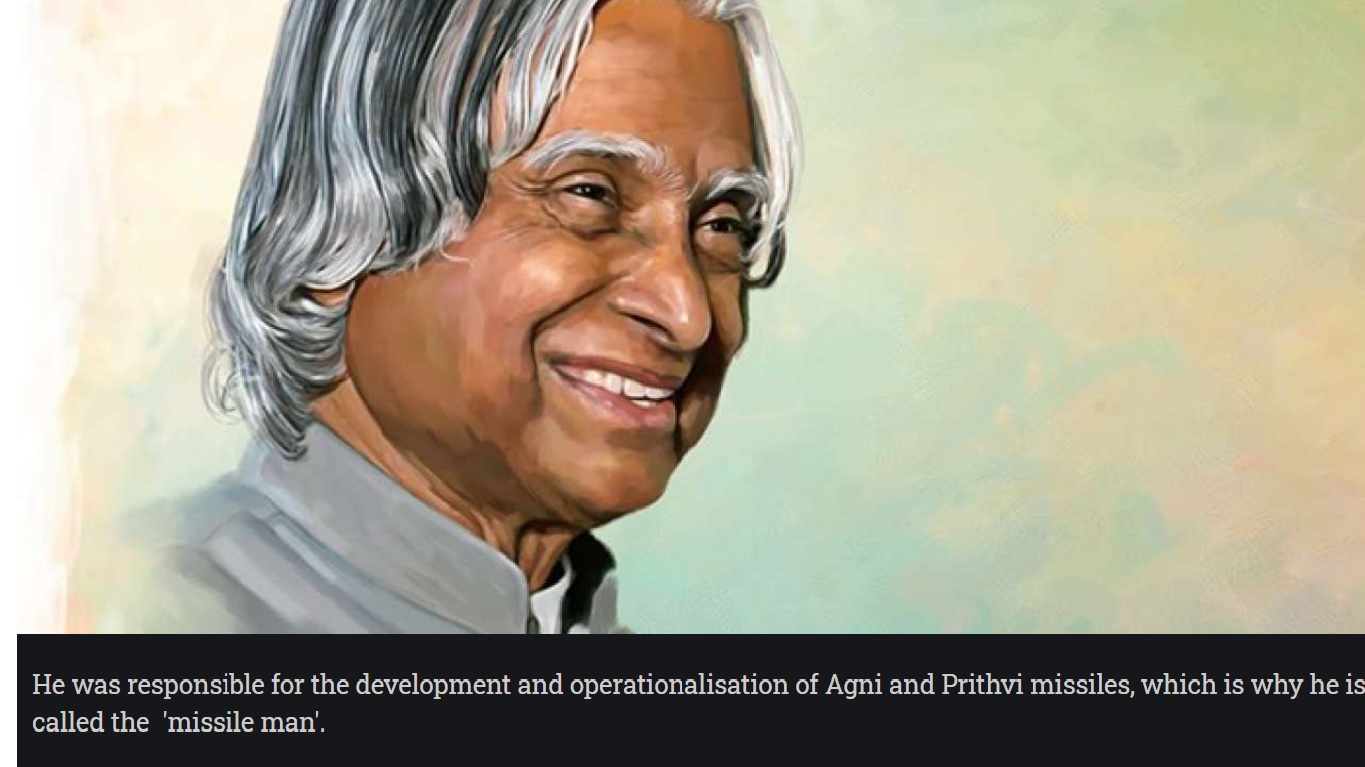 APJ Abdul Kalam’s anniversary: ​​Whether it was his career in science or politics, APJ Abdul Kalam, former president of India, inspires people around the world. Dr. Kalam, who was affectionately called India’s “rocket man”, was particularly close to young people and loved being among students. India today remembers APJ Abdul Kalam on the day he died.
Avul Pakir Jainulabdeen Abdul Kalam was born on October 15, 1931 in Rameswaram in Tamil Nadu. His student life was very challenging, full of difficulties and struggles. There was a time when he had to sell newspapers door to door to support his family and education.

But his commitment to education was so great that he overcame all difficulties and did not only perform well with academics. but also held the highest constitutional post in India. He will remain a role model in the generations to come. 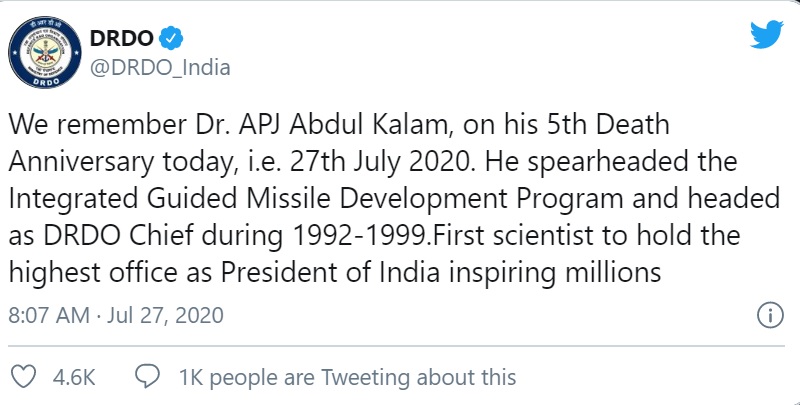 Dr. Kalam was a pioneer in developing the country’s missile projects. In 1997 he received the Bharat Ratna, the highest civilian award in India. He received several other awards, including the Padma Bhushan (1981) and the Padma Vibhushan (1990). In 2002, Dr. Kalam the 11th President of India. But he always called himself a teacher first.

“Humans need their difficulties because they are necessary to be successful”
“We will only be remembered if we give our younger generation a prosperous and safe India that results from economic prosperity combined with civilizational heritage.”
In my opinion, if a country is to be free from corruption and become a nation of beautiful minds, there are three important social members who can make a difference. You are the father, the mother and the teacher “
“Failure will never overtake me if my determination to succeed is strong enough.”
“We all don’t have the same talent. But we all have the same chance to develop our talents.”
“Don’t rest after your first win, because if you fail in second place, more lips are waiting to say that your first win was just luck.”
“Dreams, dreams, dreams. Dreams turn into thoughts and thoughts lead to actions”
“If you fail, never give up because FAIL means” first attempt to learn “.