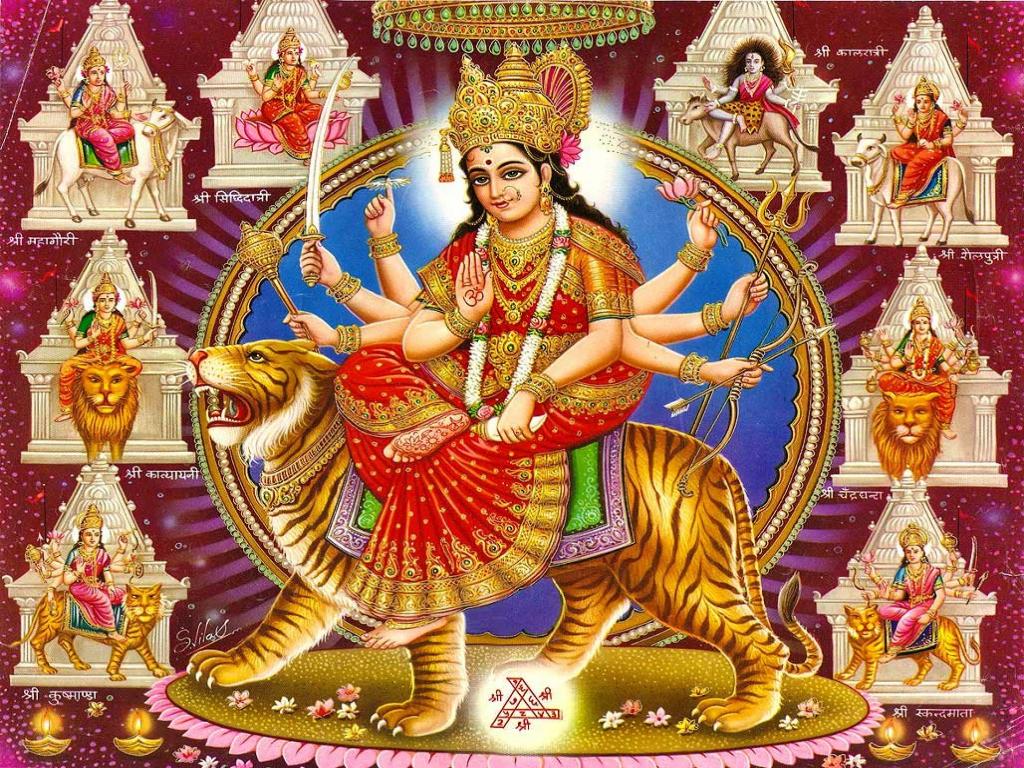 Navratri, the Festival of Nine Nights (in Sanskrit, nava meaning nine and ratri meaning nights), is a festival dedicated to the worship of the Hindu deity Maa Durga (the Goddess of Valor) along with Maa Lakshmi (the Goddess of Wealth), and  Maa Saraswati(he Goddess of Knowledge).

This festival is dedicated to the nine days of worship, fast and festivity. It is the longest and most pious festival of India.

During these nine nights and ten days, nine forms of Shakti/Devi i.e. Nav Durga are worshiped.

Navaratri in India is celebrated five times a year according to Hindu Panchang (Lunar calendar).