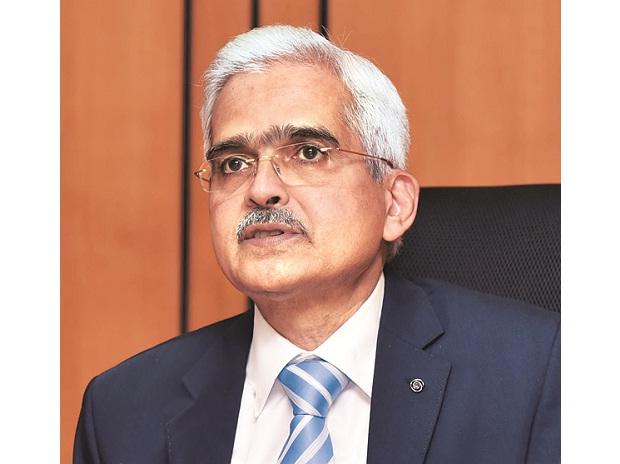 RBI Governor Shaktikanta spoke to the media for the second time since the Narendra Modi government introduced a national ban on March 25, announcing a 25 basis point decrease in the reverse repo rate from 4 percent previously to 3.75 percent . The lowering of the reverse repo rate is one of the many announcements made by the RBI governor today. This was his first address since the Prime Minister extended the ban until May 3.
“The mission is to minimize the epidemiological damage to the country caused by coronavirus. I want to convey the RBI’s determination and the way forward,” said the RBI governor.
He also said that this was not the last announcement of financial support during the crisis and that the central bank would find answers in the future in the interests of the economy based on evolving situations.

He pointed out that the Reserve Bank of India (RBI) continuously monitored all macro parameters and that economic activity came to a standstill during the closure.

The effects of Covid-19 are not included in the February Industrial Production Index (IIP) data, he said, adding that the 34.6 percent decline in exports in March is much more severe than the global financial crisis of 2008 / 09.

He said that vehicle production and sales declined sharply in March, as did electricity consumption.

Here are the additional measures the RBI governor announced in his speech today:
Liquidity management: Will carry out TLTRO 2.0 operations. LTRO of Rs 50,000 cr initially in many tranches for NBFCs
50% of the funds in TLTRO 2.0 are intended for small and medium-sized NBFCs
A special refinancing facility of 50,000 rupees for Nabard (25,000 rupees), Sidbi (15,000 rupees) and NHB (10,000 rupees)
60% of the means and means granted to the states by September 30, 2020
NPA classifications exclude the three-month moratorium period until the end of May
NBFCs were allowed to give their borrowers a loose NPA classification
Banks must maintain an additional 10 percent provision on standby accounts
The LCR requirement was reduced from 100% to 80% with immediate effect. The LCR requirement must be gradually reset to the previous level
Banks will not announce any dividends until further notice
NBFC’s loans for delayed commercial real estate projects can be extended for one year without restructuring
NBFC loans to real estate companies to achieve similar benefits to planned commercial banks
Further highlights of the speech by RBI Governor Shaktikanta Das to the media:

The macroeconomic landscape has deteriorated since March 27, 2020.
The global economy is in the worst phase since the Great Depression.

According to the IMF, India is one of the few countries in which GDP growth of 1.9% is forecast.
According to the IMF, India expects an intelligent recovery in FY 21 with growth of 7% before the corona virus
All monsoon, seeding and fertilizer data are a good sign of the agricultural and rural outlook, but the situation is bleak in other industrial sectors.
The effects of Covid-19 have not been recorded in the latest IIP data.
The RBI has taken several steps to ensure the normal functioning of the banks.
No downtime was observed for internet or mobile banking.
ATMs were 91% full during this period.
The liquidity surplus in the banking system has increased significantly since March 27.
This recognized the efforts of banks and other institutions to keep the financial market functioning, and said that during the ban, there was no downtime from internet or mobile banking and banking was normal.

Banks and financial institutions have used the opportunity to ensure normal functioning during the outbreak of this pandemic, he said.

The rupee fell 0.55 percent on Thursday to a new record low of $ 76.86 against the US dollar, while stock indexes have lost over 30 percent since the January Corona virus outbreak.

Markets had responded positively to the prospect of new RBI announcements to alleviate the economic problems. After the RBI announced today’s press conference in the morning with a tweet, the markets gave a thumbs up when it opened. The BSE Sensex climbed more than 1,000 points ahead of the governor’s address.On March 27, RBI held a historic meeting of the MPC (Monetary Policy Committee) at which the repo rate was lowered by a record 75 basis points. The repo rate was at a 15-year low of.