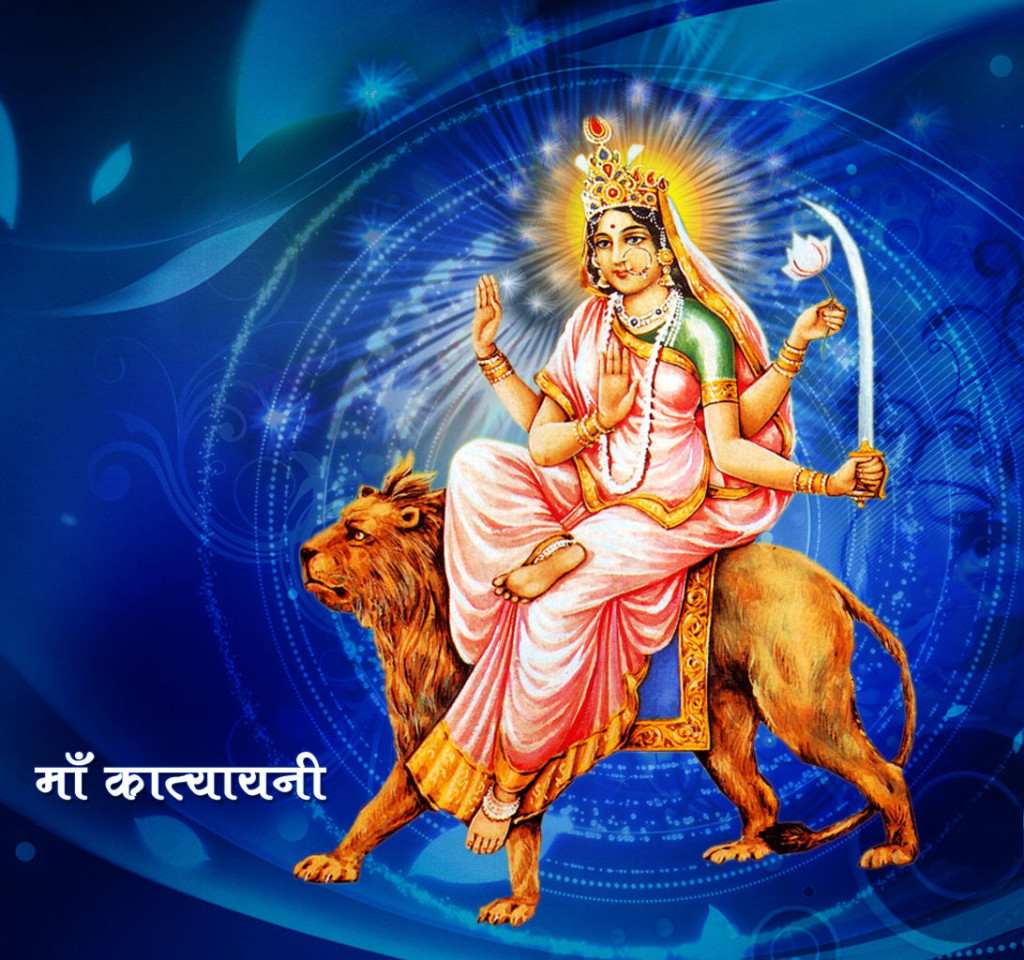 Idol – Goddess Katyayani mounts on the magnificent lion. She is depicted with four hands and holds lotus flower and sword in her left hands while her left hands are composed in mudra of blessing (Varada Mudra) and the mudra of fearlessness (Abhaya Mudra). She has a golden complexion and her face is glowing with divinity.

At the same time there was a demon king Mahishasura who was blessed with a boon of being killed only by a female power and thus believing to be supreme and immortal he has created havoc everywhere in the universe. In order to stop his tyrannical behaviour, the Trinity- Brahma, Vishnu and Shiva give their energy to the goddess Katyayani. The war became furious and after 3 days, the Goddess finally slayed Mahishasura with her trishul on the Vijayadashami (tenth day of Navratri).

Since the Goddess consistently fights against the bad and negative forces, she rises in anger to defend when the limits of righteousness is crossed.

Goddess Katyayani is also the chief deity of the Braja area. Therefore the Gopis of Braja worshipped her to get Lord Krishna as their husband.

The Goddess blesses her devotees with four objects- Dharma, Artha, Kama and Moksha when worshipped with full faith and devotion